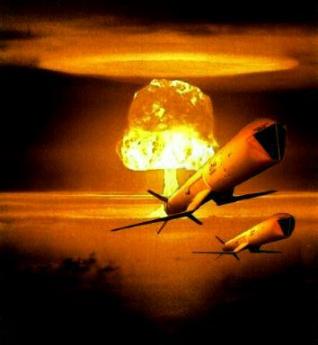 It’s been a long, long time since there has been any talk of nuclear weapons being staged around the world. But today that has all changed.

During this last week “SkyKing” has been back in the news. What is SkyKing?

SkyKing is an EAM (Emergency Action Message) is a high priority message that is transmitted around the world by the US Air Force.  These messages are a high priority for the military since they are used for many of their strategic military operations, including nuclear attacks if it was ever needed.

These messages are able to be sent globally because of the HFGCS. The HF-GCS stands for High Frequency Global Communications Systems which is used by the US Air Force in different countries across the world.

You are very likely to catch an EAM if you stay tuned to one of these frequencies, although there are still a few other backup frequencies used for EAMs.

These are shown in Zulu time (Same as GMT) and are broadcasted in USB (Upper Side Band) mode.

Things to take notice of in EAMs.

1.) Frequency: Multiple EAMs within the span of an hour mean there is something currently occurring on the global stage that requires units to be given orders and updates.

2.) Length: Long EAMs will be broadcast as ‘Message of x Characters follows’ Messages long length 50-100 are not typical and are usually sending something along the lines of ‘coordinates-time to target-standby on alert level x’ Long EAMs are sending a lot of information. In March of 2015, Russia launched surprise military exercises near the borders of Finland and Norway (the latter of which is a NATO Member). When this happened, a SKYKING message lasting 34 minutes was broadcast. Unprecedented by most previous transmitted messages, and, as of the date of this post, none have been nearly that long.

3.) SKYKINGs. These are direct priority messages given to Nuclear Capable Units. Often a band name is used followed by and authentication code.

With the current events around the world pointing to war, Trump moving nuclear assets and man power to the Middle East, would it be far fetched to consider that the recent SkyKing messages are related to these Nuclear assets being positioned on the world stage?

All eyes will be paying attention to SkyKing alerts as we inch closer to war with Iran and maybe the beginning of World War III. The movement of Nuclear Assets on the world stage should be headlines news, but not in today’s political environment.

Below are two examples of SkyKing Messages from earlier this week

beforeitsnews.com will be bring you the latest updates as they are available.

Skyking do not answer