Local radio host Bill Meyer is organizing another strategic meeting to combat tyrannical gun law bills in the State of Oregon legislature. Bill and others donned yellow vests during a recent “carbon reduction bill” town hall meeting, and were very meticulous with their approach and testimony, which in turn made the town hall a success. Shock was etched on the committee members’ faces during the last meeting. They live in their own liberal bubbles and believe everyone thinks like they do, so they couldn’t understand the resistance to their ideas. Coming to Jackson County was like visiting a foreign country.  Wonder if they got their vacinations before visiting?

The first meeting dealing with gun laws will be held at the Roxyanne Grange in Medford on Thursday 3/14/19. This will be a strategy meeting to combat the State of Oregon’s unconstitutional gun control bills that are being force fed to the rest of the state by a liberal super majority in Salem.

Let’s recap how law-abiding, gun-toting Oregonians are being targeted by policy makers in Salem.  According to a site called gun.laws.com, “the state’s violent crime statistics have been low for decades…If all the states with casual gun laws were to be ranked from 1 to say 40 in regards for necessity to change…Oregon would most likely be ranked towards the bottom.”  Even with low gun crime stats, the Oregon legislature has been targeting gun owners for several years.  In 2017, Governor Kate Brown signed OR SB 719 authorizing the confiscation of firearms belonging to some individuals by law enforcement in certain circumstances.  The law went into effect January 1, 2018.  Purportedly, the law only applies to those who might endanger themselves or others.  The confiscation of guns can be requested by law enforcement officials, family members, or housemates.  Wow!  So let’s say you are not getting along with your spouse or housemate.  They can actually request that your guns be confiscated.  What is this?  The Soviet Union.

Next, OR SB 501 was proposed in January of this year.  If passed it would make Oregon’s gun law one of the strictest in the nation.  It would restrict the size of any magazine to five rounds, ban most hanguns, and limit how much ammunition a person could purchase. An individual could buy no more than 20 rounds every 30 days.  Another thing it would do is require background checks be delayed for 14 days so state police could do background checks on purchasers.  Further, any gun owner who does not report a stolen or lost gun could be fined, and the state would also require guns not in use be locked up.

The people of rural Oregon are getting fed up with the leftists who reside in Multnomah, Washington, Clackamas, and Marion counties dictating how people should live their lives.  But, it’s typical of leftists; their number one goal is authoritarian power.  Why?  Well, don’t you know, they are the intelligent ones.  You country bumpkins don’t know what’s good for you.  You need the leftist intellectuals to school you on how to live your life.

It’s time for ALL conservatives to step up and join Bill Meyer and the yellow jackets!  No resistance and no protest equals acceptance in the eyes of Salem legislators. 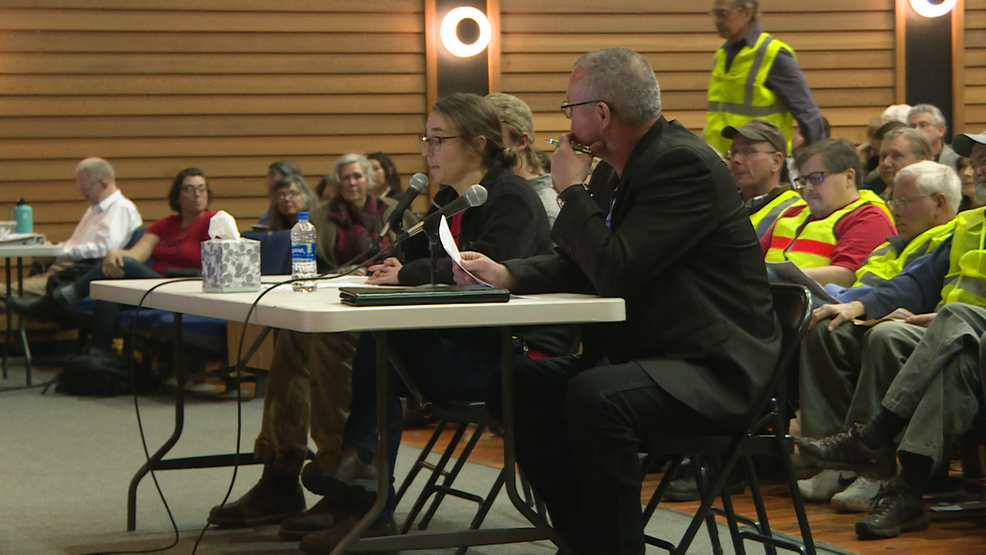