If you have ever thought of good trading stock for any disaster consider stocking up on cigarettes! Vices such as cigarettes are a hot commodity during times of civil unrest. They could be traded for food, water, and other services to help you maneuver through times of upheaval. I know first hand as being a ex smoker of 11 years of how craving a smoke in times of stress feels like a need!

But have you thought about how to store them properly to keep them fresh? This could prove to be a fairly difficult task, seeing as tobacco does not keep fresh for very long. Unlike food storage, tobacco gets stale with out the proper humidity.

I have done some research on this topic, some say refrigerating or freezing cigarettes seems to be a short term storage idea. According to friends, freezing cigarettes for more than two months will stale them out. Other attempts for long term storage of cigarettes where vacuum sealing them, some blog posts and other preppers seem to think this will remove critical moisture from the pack and will once again leave you with a stale product. I have also seen people store cigarettes in mason jars. 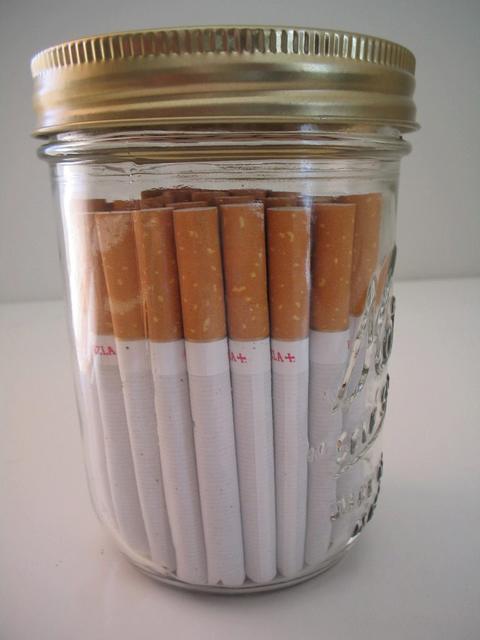 I believe your best bet for long term storage is vacuum sealing or using mason jars. What leads me to this is, WW2 MRE’s sometimes included a pack of smokes. Reports from people who collect old MRE’s and sometimes even try them say that they have tried the old pack of cigarettes that was inside the sealed MRE bag. They claim that the cigarette is actually not stale at all and still has most of its flavor, and not to harsh even after several decades. I was even thinking of buying packs of cigarettes and putting them in a 7.62 ammo can, with a good seal this should hold them fresh for quit a while. Also a side note, my personal brand choice for this would be a Camel Crush, why buy some regular blend and some menthol when you can have both in the same cig? If you have any ideas or thoughts on this topic please comment bellow here at QRMnews.com